Edwin was killed in action on Saturday April 21 45 age 22 on the first day of the battle  to  liberate Wagenborgen. He was temporarily buried in Siddeburen  and on February 15 1946 reburied in Holten.

At his headstone: HOPE FOR A RESURRECTION 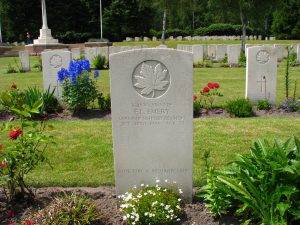