Gordon was born on 15 May 1923 in Cumberland BC, as the son of William S. and Margaret D. Wood, of Cumberland.

Gordon was k i l l e d in action on Saturday April 21 1945 age 21, during the liberation of Wagenborgen. He was temporarily buried in Siddeburen and on February 15 1946 reburied in Holten.

At his headstone: HE FOLLOWED HIS LORD AND SAVIOUR WHO GAVE HIS LIFE FOR ALL MANKIND 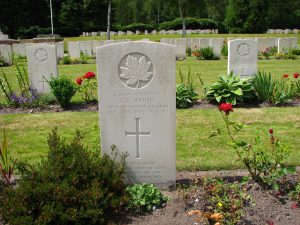